Patrick Sherwin, CEO, and Founder of GoSun jumped onto Ask a CEO Podcast to share his journey from starting as a young entrepreneur to leading a successful business.  Check out all other episodes of Ask A CEO here.

Connect with Patrick and GoSun here:

Patrick did not plan on becoming an entrepreneur; rather, the path chose him. In his childhood, an incident in the playground made him an environmentalist, which motivated him to build cheaper and more environmentally friendly products. At GoSun, Patrick is the chief idea organizer but does not hesitate to take ideas from his team members. They started their first project collecting funds online through platforms like Indiegogo and Kickstarter. According to Patrick, ideas can sometimes create a mess. You can have an idea at the very last moment, which might convince you to start all over again. After building a solid idea, Patrick and his team build a prototype that they can show to the potential buyers. They put a great price on it and wait for a test market to come in. He believes in being transparent with your prototype and communicating with the buyers how much time you need to manufacture it after showing that your prototype actually works.

GoSun believes in building a future that uses solar powers and is not entirely dependent on electricity. One of their successful projects is a solar power cooler, which works on lithium-ion batteries. These batteries are charged through solar power, which eliminates the need for ice to keep things cool.

Another product that GoSun has made using renewable energy is a breakthrough oven. This oven runs on a vacuum and has insulation inside. This enables the user to charge it through the Sun and use it at night or on a cloudy day! They invented another portable, smaller version of this oven that you could easily carry with yourself.

Patrick’s inspiration behind these innovations

Patrick talks about his time spent in the Caribbean, which served as a part of an experiment led by him to directly face the challenges that one faces without electricity and use them to come up with solutions using solar energy. This served as a huge inspiration for him and his company as GoSun aims to build a future using renewable energy. This experiment gave him a clear idea of the cost and difficulties of living on solar energy. He states this as a reason that all the products from GoSun are off-grid, meaning that the users can charge batteries.

The ups and downs along the way

Starting a business from a scale undoubtedly has its challenges, which every entrepreneur fears but is also ready for. While talking about the lowest point for GoSun, Patrick talks about one project where the client refused to move on with the project as it got more expensive than what was stated in the beginning. This led to a decrease in cash flow, but Patrick says that this was also a moment to reflect and learn.

They have had some celebratory moments as well, where they launched a solar cooler project, which was a huge success. The fundraiser was able to gather $150,000s on its first day. Milestones like these define the future of your business, Patrick says.

Patrick and his team have a very futuristic approach. They don’t just have a vision or a brighter future but believe in working for that future. This is what keeps him motivated, according to Patrick himself. Patrick proudly talks about how they have already come up with solutions to eating food, cooking, and washing dishes without power, which serves as a motivation for all of them. He says that they are planning on building a solar house installed with all of these innovations under one building in the near future.

While talking about motivation, Patrick also mentions their Philanthropic work. Since the first day, GoSun has been aiming to break this vicious cycle of poverty, which engulfs many people in it. The idea of clean cooking is fundamental since these people, Patrick says, cook with wood and charcoal. This is very harmful to their health, so our humanitarian work is sole to help these people. This has made GoSun the first solar manufacturers to help with the cause in developing countries.

Patrick thinks of himself as not a typical CEO but rather one who found his passion along the way. He believes in doing what you love, so your work becomes something you look forward to every day. He has the same advice for all the CEOs out there, find what you love doing, and do it every day. Success, Patrick believes, is sometimes not a 7 figure number but much more than that. All you can do for now is be responsible for the effort that you put in. 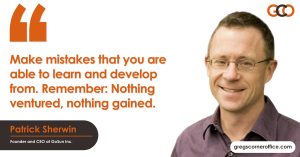 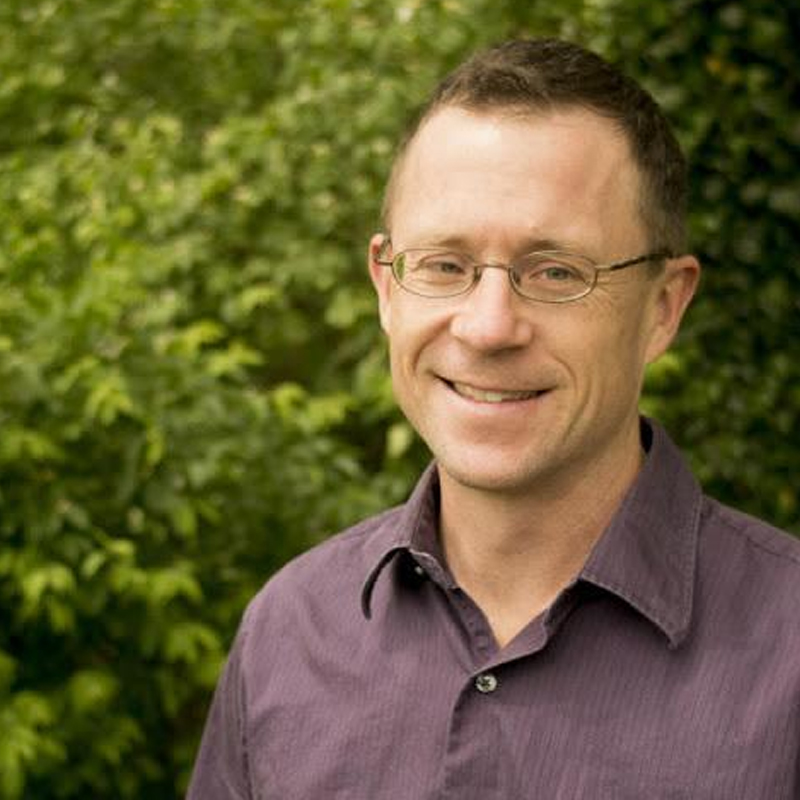 Entrepreneur and inventor, Patrick committed his professional life to clean technology in 2000. Working on solutions to create a healthy, resilient future, he started installing solar and small wind energy systems in 2001. Patrick's thirst for solutions has put him at the center of several technology break-throughs. With deep roots in outdoor adventure, he's uniquely suited to push the limits of entrepreneurship, taking calculated risks and connecting across working teams.